A new report by the New York State Office of the Attorney General (OAG) claims that certain cryptoasset trading platforms suffer from potential conflicts of interest, have yet to implement serious efforts to impede abusive trading activity and provide customer fund protections that are either limited or illusory.

The OAG’s Virtual Markets Integrity Initiative was launched in April 2018 as a fact-finding inquiry into the policies and practices of virtual asset trading platforms. The OAG sent letters and questionnaires to thirteen major trading platforms, with the questions reflecting areas of special concern for everyday retail customers, such as site outages, fees, and the effects of automated or “bot” trading.

Participation in the questionnaire was voluntary and, while the OAG says that it expected all the platforms to “embrace the opportunity to provide the public with much-needed clarity regarding basic practices and functionality”, it found that four of platforms refused to take part.

Binance, Huobi Global, Kraken and Gate.io all claimed that they do not allow trading from New York and therefore declined to participate in the questionnaire.

However, subsequent to an investigation by the OAG on whether these platforms accept trades from within New York State, it has referred Binance, Gate.io, and Kraken to the Department of Financial Services (DFS) for potential violation of New York’s virtual currency regulations.

Based on the responses by the trading platforms that did take part in the questionnaire, the OAG report identified three broad areas of concern.

The first is that the various business lines and operational roles of cryptoasset trading platforms create potential conflicts of interest.

“Virtual asset trading platforms often engage in several lines of business that would be restricted or carefully monitored in a traditional trading environment. Platforms often serve (i) as venues of exchange, operating the platform on which buyers and sellers trade virtual and fiat currencies; (ii) in a role akin to a traditional broker-dealer, representing traders and executing trades on their behalf; (iii) as money-transmitters, transferring virtual and fiat currency and converting it from one form to another; (iv) as proprietary traders, buying and selling virtual currency for their own accounts, often on their own platforms; (v) as owners of large virtual currency holdings; and, in some cases, (vi) as issuers of a virtual currency listed on their own and other platforms, with a direct stake in its performance,” says the OAG report.

Additionally, it notes that platform employees, who in some cases may have access to information about customer orders, new currency listings, and other non-public information, often hold virtual currency and trade on their own or competing platforms. This means, according to the report, that each role has a markedly different set of incentives, introducing substantial potential for conflicts between the interests of the platform, platform insiders, and platform customers.

The second area of concern is that some cryptoasset trading platforms have yet to implement serious efforts to impede abusive trading activity.

The report notes that there is a significant disparity in the steps that have been taken by these platforms to police fairness and safeguard the integrity of their exchange.

“Platforms lack robust real-time and historical market surveillance capabilities, like those found in traditional trading venues, to identify and stop suspicious trading patterns. There is no mechanism for analysing suspicious trading strategies across multiple platforms. Few platforms seriously restrict or even monitor the operation of “bots” or automated algorithmic trading on their venue. Indeed, certain trading platforms deny any responsibility for stopping traders from artificially affecting prices. Those factors, coupled with the concentration of virtual currency in the hands of a relatively small number of major traders, leave the platforms highly susceptible to abuse,” says the OAG report, adding that only a small number of platforms have taken meaningful steps to lessen these risks.

The third area for concern highlighted by the report is that protections for customer funds often inadequate.

“Generally accepted methods for auditing virtual assets do not exist, and trading platforms lack a consistent and transparent approach to independently auditing the virtual currency purportedly in their possession; several do not claim to do any independent auditing of their virtual currency holdings at all. That makes it difficult or impossible to confirm whether platforms are responsibly holding their customers’ virtual assets as claimed. Customers are highly exposed in the event of a hack or unauthorized withdrawal,” notes the OAG report.

The report also found that while domestic or foreign deposit insurance may compensate customers for certain losses of stolen or misappropriated fiat currency, no similar compensation is available for virtual currency losses.

This means, according to the report, that there remain “serious questions” about the scope and sufficiency of the commercial insurance that is being employed by some platforms to supposedly cover digital asset losses, while other platforms do not insure against digital asset losses at all.

The OAG report concludes by stating that as the nascent crypto trading segment matures that it expects responsible trading platforms to expand the transparency, security, fairness, and accountability of their businesses. 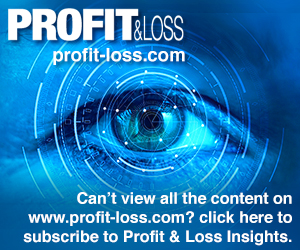